After working in I.T. for large organisations including BHP, Rio Tinto, CSR, TAFE NSW and the NSW Dept of Education & Training for 32 years, Wayne retired in 2013 as a self-funded retiree. He has operated a SMSF with his wife since 1996.
In 2015, he joined the Sydney Hills & District Branch of AIR and has held a number of committee positions including Vice-President/Deputy President, Division/National Delegate and Coordinator of the Investment Discussion Group.
At a National level he has been SMSF Special Interest Group Coordinator and member of the National Policy and Advocacy Committee since 2016.
In June 2017, he was appointed chair of the AIR National Review Committee which led to significant organisational reforms.
In March 2018, he was appointed Chair of the AIR I.T. Management Group. After being elected as Deputy National President in November 2018, he was appointed Acting National President.
In November 2019, he was elected National President.
Wayne joined the Board in November 2018.

Margaret began her career in the healthcare sector working for 25 years as a nurse and a matron in country WA. She then spent 20 years as CEO of an independent community organisation in the disability field for which she received her OAM in 2011 for her services in that sector.
Joining the Perth Branch in 2011, Margaret was appointed Branch President in 2013 and served as WA Director to the Board from 2014-2016.
Along with being Deputy President, she is currently Perth Branch Secretary, WA Division Secretary and AIR Representative to the Consumer Health Forum.
Margaret rejoined the Board in March 2020.

John left school at age 15 and went into the communications /electronics industry, where he worked in various areas including computing, security and leisure. In 1984, John embarked on his second career in the hospitality industry spending the last 20 years of his full-time working life as a successful Secretary/ Manager in the NSW Club Industry. After he retired in 2006 he continued to train people in the hospitality industry on a part-time basis, until June 2020.

John was an active member of the service club Apex for over 18 years. He currently serves as the secretary of the Evans Head Progress Association.

John joined AIR Far North Coast Branch in 2010, where he has held various positions and is currently Branch President and Secretary.

Married since 1967, he and his wife, Jennette, have 2 daughters and 2 grandchildren.

John joined the Board in September 2021.

Ken is a self-funded retiree with an SMSF which he runs with his wife Sue. Prior to 2005, he had his own consulting business in finance and computers for 18 years.
Ken stopped work in 2005 to travel Australia, retired in 2007 and settled in Darwin in 2009. He has been involved in seniors’ organisations since 2013, firstly as Treasurer for COTA NT, then starting AIR Darwin as President at the end of 2015.
In the first year of operation the Darwin Branch grew to 50 members and still attract new members to meetings. In Darwin, AIR is represented on three major committees, two with government on seniors’ issues and concessions and one representing seniors’ organisations.
At the 2016 AIR AGM, Ken successfully proposed a motion to formally accept the over 50’s as members, believing that is where growth in membership will come from.
Ken joined the Board in July 2018.

Margaret joined AIR Noosa Branch in 2007 whilst still working part-time. She became the Publicity Officer in 2009 and still continues in that role.
In 2018 she became the Noosa Branch President & Division delegate.
Her background is in education having taught classes from preschool through to university, with a focus on secondary. Her teaching subjects included Indonesian language, English, history and social studies.
Margaret was seconded to the QLD Department of Education as a public servant for several years. During her working life and in retirement, Margaret has been an active member of several volunteer associations: Noosa Boomerang Bags group, local Coast Care and Red Cross in addition to AIR.
Currently living on the Sunshine Coast, she and her partner Adrian have travelled extensively overseas and in Australia over the past years.
As an AIR Director and within her own Branch, Margaret’s focus is on attracting active, involved members in order to keep AIR vibrant.
Margaret became an Alternative Director in July 2020 and joined the Board in November 2020.

Cynthia and her husband John and family first came to Australia in 1995 as Business Migrants settling in Sydney becoming Australian citizens in 1997.
In 2001, Joyce Chidgey, then NSW Division President of AIR and Board member recommended to then AIR President Joan Heard, that Cynthia be asked to fill a vacancy on the Board as its Treasurer during the transition from each state having its own corporation to the formation of the national corporate body under the 2001 Corporations Act. With background as a CPA, (Chartered Accountant) and operator of a family office of businesses in the USA the position was accepted and thus began her membership in AIR. The position as Treasurer was retained until Cynthia stepped down after the 2003 AGM in Sydney retaining membership in the Sydney Hills Branch of AIR.
In 2015 Cynthia and John moved from the mainland to Launceston and became members of the Northern Tasmania Branch residing in Legana.
She is currently the Branch Treasurer, Committee Member and produces AIRWAVES newsletter.
Cynthia rejoined the Board in April 2018 and became Company Secretary in November 2018. 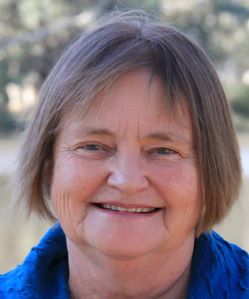 Jean Margaret Wise OAM, born in England, mirgrated to Australia in 1964. Retiring from the work force in 2015, she served as a Councillor on the Yarriambiack Shire for 18 years, including two terms as Mayor, stepping down from Local Government in 2020.
For service to the Yarriambiack community and women, Jean received her OAM in 2011.
Still heavily involved in her local community, she has held the positions of Secretary, Treasurer or President at local, state and national levels across groups and organisations including Australian Government Womens's Association, Rotary, Historical and Show Societies.
Since joining AIR Wimmera Branch in 2016 Jean has held the positions of Secretary and President of the Victorian State Division.
Jean is currently Treasurer, Membership Officer and Delegate for the Victorian State Division and was recently re-appointed as President.
Jean joined the Board in June 2021.

Jan commenced work with Bank of New South Wales in Perth WA and after 5 years joined an international American based computer company in NZ as accountant for 14 years.
On returning to Perth she joined a leading real estate and broad acre property development company as management accountant. After 15 years she started her own real estate company in Subiaco WA which she sold in 2013 and semi-retired.
Over the years Jan has been secretary and/or treasurer of several sporting clubs; 35 years as treasurer of (NFP) Fairholm Disability Support Group (FDSG) now retired life member; prior board member of (NFP) Amaroo Care Services Inc. for 16 years.
Jan joined AIR in 2012 and is currently President of Perth Southern Districts Branch and WA Division President.
Jan joined the Board in November 2017.

Adrian has a background in business development as a former CBD Melbourne Manager for Dept. of Employment, Education Training - retiring from this position in 1995. Subsequently, he started his own consultancy company, mentoring start-ups and advising small companies as well as lecturing with Victoria University TAFE. He manages his own superannuation fund, been editor of “Investors Voice” and a Board member of Australian Investors Association.
Adrian "finally" retired in Dec 2020 after 25 years as a Senior Safari Guide at Werribee Open Range Zoo.
He and his wife Esther enjoy art, music events, genealogy - and house and farm sitting.
Adrian’s community involvements include U3A, Werribee River Association, and growing seedlings for the Tree Project.
Having been a member of Melbourne North West Branch until its closure, Adrian rejoined AIR to assist in the retention of franking credits.
In March 2020, he was a contributor to the two-day workshop held in Brisbane to formulate AIRs Strategic Plan for 2020-2024.
Adrian joined the Board in November 2020.

Terrence (Terry) O’Callaghan retired from full time employment in 1997. Following retirement, Terry worked as an independent primary industry consultant for ten years working on a wide range of secondary and primary industry consultancy assignments.
During that time he occupied a number of Board positions including a Trustee Director of Prime Super (a major Superannuation Fund), a Board member of the Dairy Adjustment Authority and Company Secretary of WoolStock Australia Limited and Company Secretary of Agricultural Company of Australia Pty Ltd.
Terry has been recognised for his contribution and service to the dairy industry and service to community organisations through an Order of Australia Award and made a Member of the Order of Australia (AM).
Terry served as an AIR Board member from May 2016 until June 2021.